​​Karen Seamans is a homegrown member of the CNS Northstars Band.  She graduated from Cicero-North Syracuse having played clarinet and served as Drum Major, attended Syracuse University where she obtained her Bachelors and Masters Degrees in Music Education, and returned back where she has been teaching since 1997. Karen started at Cicero and Bear Rd. Elementaries teaching classroom music to grades K-4, as well as chorus. She developed her signature grade-level teaching style for performances, ensuring every child had a special part to play. She then transferred to a middle school role teaching classroom music and after-school chorus for grades 5-7 at both Roxboro Rd. and Gillette Rd. Middle Schools. She assisted with Parade Band at Roxboro, eventually moving into a band position at Gillette where she founded the Gillette Band Club, took over the Colorgard Clubs, and ran fundraisers to build a competitive concert and parade band program. 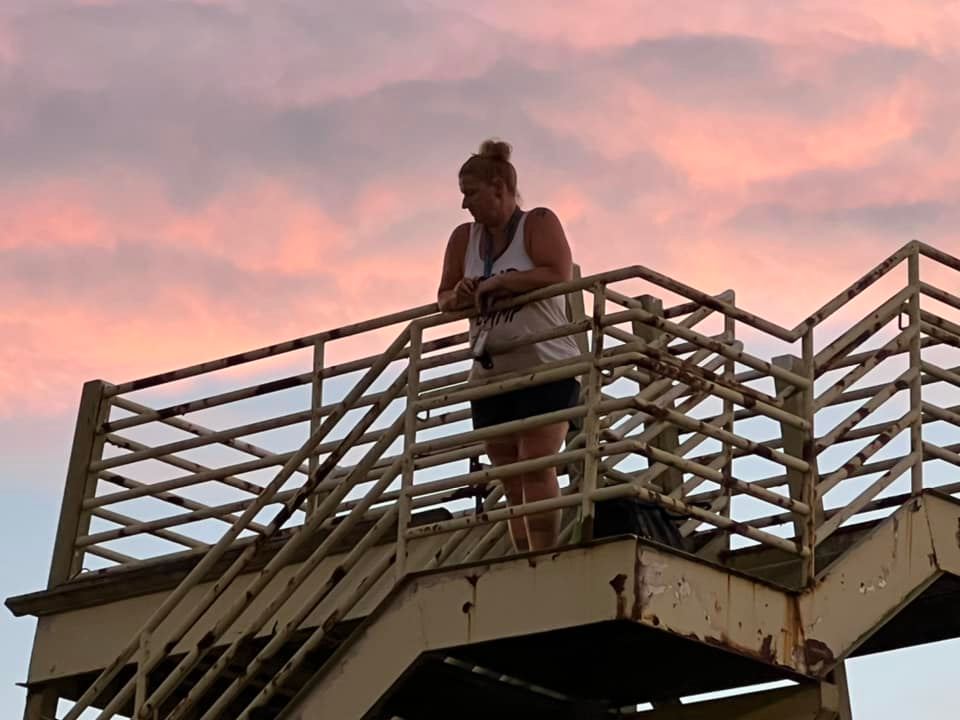 Karen held several different band leadership positions before finally taking over as Band Director in 2013. Still at an all-time low in numbers and achievement, she began the process of rebuilding the program. In 2016 she began writing the dril for the band and she led them undefeated to their first state championship in 29 years. Following accomplishments included: 2017 LS2 NYSFBC Championship, First place at TaxSlayer Bowl Contest of Champions, US Bands V A Class National Champions,  as well as selection to perform in the 2018 Macy’s Thanksgiving Day parade. Since returning to the National Class, the band has placed 2nd twice, their highest placement in the class since 1987.

In addition to the marching band, Karen has served as a director and designer for the winterguards and drumline program where her teams have won several championships. She is a three-time finalist for the North Syracuse School District Teacher of the Year, the 2019 Music & Arts National Music Educator of the Year, a Conn-Selmer VIP Director and was honored by Assemblyman Al Stirpe as a Woman of Distinction in Education.